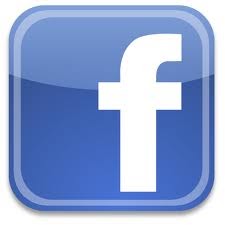 I've given up the Book. Cold Turkey. Well if the truth be told, I did have a look over the husband's shoulder a few nights ago, but I am no longer participating in Facebook.

The Book was starting to trouble me. Had Facebook changed? Or had I?

Don't get me wrong, I had no problem with others knowing my business, it was other peoples business that was making me uncomfortable.

DISCOMFORT # 1.
I was "friends" with teenage children of friends. Children who should not be having sex, much less posting details of it on Facebook. Children who are too young to be using the C word that rhymes stunt. Children who most definitely shouldn't be talking about the "gear" they're lining up for the weekend’s party.

DISCOMFORT #2.
Ultrasound pictures of foetuses. Perhaps it's because I am not a mother that I don't understand why anyone would post an ultrasound picture of their developing foetus on Facebook. To me there are some things that are deeply personal and for me my womb is one of them.

DISCOMFORT #3.
People are a lot ballsier, or perhaps just a lot ruder on Facey. I found that some people were writing things that they wouldn't dream of saying to my face.

In the beginning I adored Facebook. It quenched my insatiable desire to know everything that was going on in everyone's world. The Book also helped me reconnect with some old mates. But over time I realised there are reasons why they're "old" mates. (Not to be confused with mates I've had for a long time!)

Since bushing the Book, my productivity has soared in the office and at home. I have had far more, what I like to call "voice-on-voice" conversations with gorgeous friends and perhaps most telling of all I have stopped thinking in status updates.

It's been delightful to hear fabulous news on the old fashioned "grape-vine" and it's a lot easier to take unpleasant news when someone tells you to your face rather than accidentally stumbling over it on the Book.

I'm not the first to give up Facey and I will not be the last. And it may not be a permanent move. But at this point in time, I am happy not knowing what you cooked for dinner.

And I'll bet you're just as happy not knowing that I bought yet another pair of boots.
Posted by Kate at 4:41 PM